Filed under: Simon Says - Thoughts from the co-ED 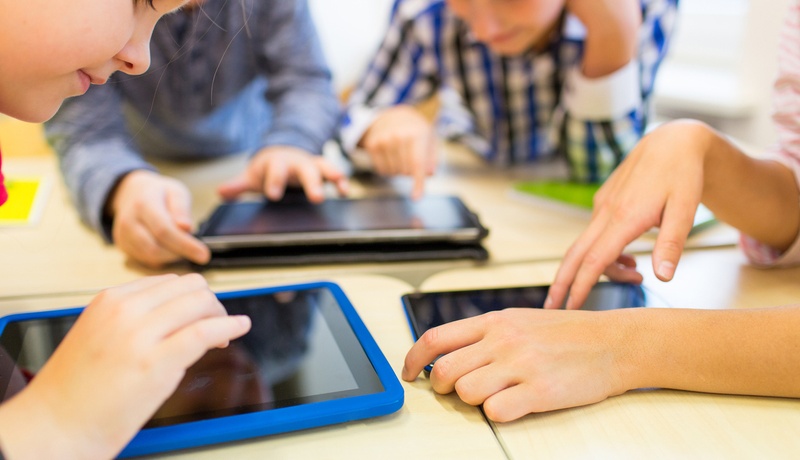 Welcome to the first blog post on our new website. Given that many staff invested blood, sweat and tears into this revamped website (thank you to all concerned), it is fitting to begin this blog series focusing upon the role of technology in education.  Our dependence upon technology in society is becoming ever greater, and the impacts of this are seen throughout the educational world. This is currently a hot topic in Ontario where Premier Doug Ford has issued a ban on cell phones in the classroom, citing that phones are a distraction which hampers learning.

There is no doubt that cell phones, like many things, can distract students in class, but as Charles Pascal, from Ontario Institute for Studies in Education at the University of Toronto suggests;

“Telling post-millennials to get rid of their cell phones is almost like telling them not to breathe.  It’s not going to work".

Should we not be teaching students how to be responsible with cell phones, rather than banning them outright? What happens when these students are then out in the work-place with cell-phones at their disposal?

Students and teachers in all schools rely upon technology, just like individuals in post-secondary education and in the workplace. Many students with Learning Disabilities use Assistive Technology to support their learning, creating an extra layer of reliance upon technology.

Over the past decade, there have been universal discussions about education struggling to change and keep pace with rapid technological advancements. Throughout the 2000s, Google changed the nature of a teacher’s role. Pre-Google, teachers provided information and knowledge, but with online searches coming to the fingertips of students, teachers needed to quickly focus more upon developing students’ skills for balanced research, analysis, synthesis and evaluation; along with collaboration and creativity. As the 2000s progressed, the proliferation of cell phones wreaked havoc throughout the education world, resulting in bans on cell phones in many schools. Ontario is the first Province to order a provincial ban in all schools. Some schools maintain bans on cell phones, other jurisdictions have rescinded the bans, simply because they did not work; aligning with Pascal’s comments above. Foothills took the stance to work with students to use cell phones responsibly, as it is apparent that cell phones are an integral part of society, industry and education.

It is now being observed that technology is changing students’ brains because it is such a dominant factor in their lives. Students can now shift their attention quickly among several things. Even just watching the news on television requires all of us to switch attention from the news report to the scrolling ticker-tape headlines along the bottom of the screen and the weather and share prices in the top corner. So, what is happening when our children are sitting at the kitchen table doing homework on a laptop, checking their texts, responding to social media alerts and watching the television at the same time? Technology is forcing them to switch attention constantly, and they can do it. However, they are not multitasking (a conversation for another time), they are just good at switching focus – which ultimately is not the most effective way to learn.

In the classroom, students’ new ‘technological’ brains are even more challenging, since they are more wired to switch from task to task, yet some studies indicate that a person who is interrupted during a task may take up to 50% longer to complete the task, and may make 50% more errors (Sousa, 2017). This is a problem for all students, but even more so for those who already struggle – those with Learning Disabilities. There is a global concern that the changed ‘technology’ brain may leave some high-school students’ brains less developed to attend to read complex texts; the implications for which, for students with Learning Disabilities, are stark.

The fact of the matter is that schools must deal with this ‘new brain’. At Foothills we are striving to keep pace with the rapidly changing world, to provide the right supports and best practices to maximize student success and development. We have to prepare students for the real world, provide them with skills to appropriately use technologies integral to their success at school and work, and develop responsible digital citizens of the future. It is important to note that technology is not bad, nor is it the solution.  It is a tool that we must embrace, and Foothills will continue to do so responsibly.

One thing to note is that with all of the stationary time spent looking at attention grabbing screens, our brains are receiving less oxygen. Our brains need rich blood flow for healthy development, and this can be achieved by exercising. So, now that you have spent five minutes reading this screen (I hope that you did not need to switch your attention too often) it is time to get up and go for a walk or a jog, as that will feed your neurons with much needed oxygen; something which technology will not do.