Cannabis Use and the Adolescent Brain 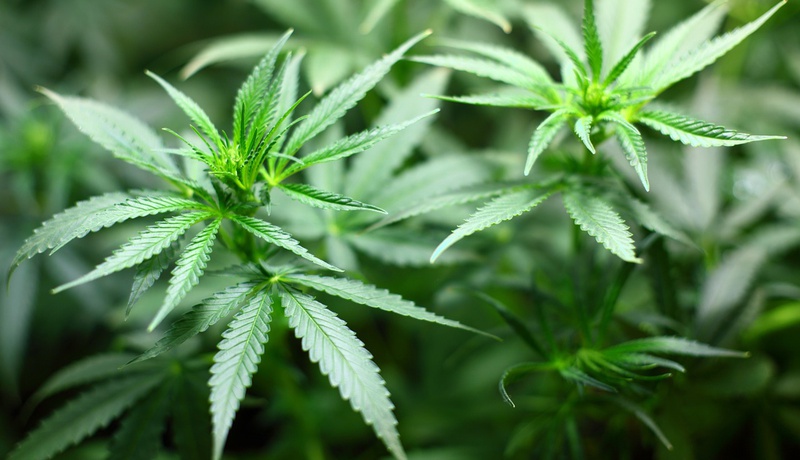 The Canadian Psychological Association has a clear position regarding the use of cannabis during adolescence, namely cannabis use can disrupt normal adolescent brain development.

The cannabis usage rate amongst youth ages 15 – 24 is two times higher than it is among adults, with 1 in 5 teens between ages 15 to 19 having used cannabis in the past year (Statistics Canada, 2016).

With the legalization of cannabis coming into effect Canada-wide on October 17, 2018, there has been a resurgence of interest in this area and many opposing ideas coming to light. Bill C-45, or the Cannabis Act, is independent of marijuana use for medical purposes, which requires a doctor’s prescription to legally use cannabis products to manage a variety of health concerns. With the legalization of Cannabis many are wondering – what does this really mean? What are the implications? And, if you are a parent, how could this impact my child(ren)?

The Cannabis Act allows adults to purchase, possess, consume, grow, share and make cannabis in its various forms with specific restrictions and parameters. It is important to note that the Cannabis Act only applies to adults over age 18 years (or 19 years dependent on province of residence), and there are protective factors for youth built into the Act. The intent of the Act is to continue to prevent youth from using cannabis.  For a more in-depth discussion of the Act and protection of youth, please consult the Government of Canada’s website.

Cannabis is the scientific name for the hemp plant, and the wider term used for marijuana, hashish, and hashish oil. Marijuana is the most common form, which is the bi-product of dried leaves, flowers and stems from the hemp plant Cannabis Sativa. While there are hundreds of chemicals found in this plant, the two most notable ones are THC and CBD. THC is the chemical that affects the brain, often referred to as the “psychoactive” component, and is the mind-altering substance that gives people the “high” associated with use. CBD oil is the non-psychoactive ingredient that is being studied further and used mainly for medical purposes. Known medical benefits include reducing spasms associated with Multiple Sclerosis, pain control, anti-inflammatory effects, and improving appetite. Cannabis can be consumed in a variety of forms, the most common being dried leaves rolled into a cigarette (“joint”) or smoked in a pipe with water (“bong”), as well as more concentrated forms such as hash, wax, and oil which are also heated and inhaled, or brewed into teas or mixed into foods as “edibles”. Vaporizing (aka “vaping”) cannabis has become more commonplace over the recent years as well.

According to Alberta Health Services, the effect a person experiences while using cannabis varies and depends on a number of factors. These include things such as the amount used, how the drug is taken, expectations and mood of the user, and the setting it is being used in. Effects can be felt within a few minutes (particularly if smoked) but take around an hour to fully develop, and a person typically feels the effects from 2 – 4 hours, but impairment can last for up to 24 hours.

Adolescents and Cannabis Use: Impact on the Developing Brain

It is now well-known that our brains continue to develop and mature up until our mid-20s. The active component of THC in cannabis is what directly acts on many areas of the brain – therefore the negative impact for teens can be significant. THC affects the prefrontal cortex, which is critical to higher-order cognitive processes including executive functions such as impulse control, working memory, planning, problem solving and emotional regulation – all areas that are rapidly developing during the teen years. Structural changes in the brains of youth who regularly use cannabis have been seen via Magnetic Resonance Imaging (MRI). These effects on a developing brain can be temporary or last permanently.

In a recent position statement published by The College of Alberta Psychologists (2017) it is noted that due to significant brain development continuing to occur, “those under age 25 should not use cannabis recreationally due to the many potentially harmful impacts on health, cognition, educational attainment and mental health” (CAP Monitor Issue 52, p. 21)

Drug and alcohol use in general, including cannabis, can lead to negative effects for adolescents. The most important message is that teen’s bodies and brains are still developing so impact on neurological development can occur.

Cannabis Use and Mental Health

What are the unique risks of cannabis use for youth?

Trying cannabis is unlikely to cause serious problems, but even occasional use has harms. Youth who use cannabis early and often for months or years are at risk of long-term health and social problems.

Here are a few examples:

SOURCE: The Centre for Addiction and Mental Health (2018)

Using cannabis, particularly during the adolescent years when there is an active developmental period of brain maturation, can influence mental health. The most well-known link is the risk for development (or worsening) of psychosis or schizophrenia. This is not to say that cannabis use causes schizophrenia, but rather earlier and longer exposure to cannabis, and use that increases over time, has been linked to triggering psychosis. Adolescent cannabis use that is frequent and heavier is a risk factor for the later development of a psychotic disorder and is also a risk factor for earlier onset. Alternatively, psychosis may have never developed had a person not used cannabis. There is also evidence emerging that frequent cannabis use can have long term effects on anxiety as well as mood disorders such as depression and bipolar disorder. Further, by early adulthood, individuals who used cannabis as teens have higher incidences of suicidal ideation and suicide attempts. It is important to note that there is not one common cause of mental health disorders in general, but rather cannabis use at a young age can increase the risk of developing a mental health disorder, in combination with other factors such as genetics, environment, as well as the time period, duration, and other drug use.

What is considered “regular use”? This can vary, with the most common definition being once a week or more (CAP Monitor, 2018)

Some adolescents may use cannabis as a way to cope with life stressors or relieve symptoms of anxiety, depression or other mental health disorders.  It has been reported from cannabis users that they feel like marijuana helps not only relieve stress, but numbs uncomfortable feelings, enhances creativity, helps with sleep, and improves focus. If this “strategy” works for the person, and they believe it helps them cope with their particular circumstances, the chances of the behaviour continuing longer are increased. This leads to underdevelopment of healthier coping skills and can maintain use and therefore increase dependence, in turn potentially leading to addiction.

ADHD and Cannabis Use

One of the better known associations of a childhood diagnosis of ADHD is the increased risk for substance use, abuse or dependence in adolescence and adulthood. Self-reports of adults with ADHD show that cannabis use is the most commonly used drug, and often this use started during adolescence. One study found that 34% of adolescents receiving inpatient treatment for problems related to drug dependence (inclusive of cannabis) were diagnosed with ADHD. Research has also found that both the inattentive symptoms as well as the hyperactive-impulsive symptoms in childhood-onset ADHD were associated with a higher chance of marijuana use as a young adult. Some ideas as to why this may include the impulsivity symptoms of ADHD leading to substance use or, on the other hand, the negative effects of ADHD symptoms, such as inattention resulting in school, work, or relationship problems, may entice people towards drinking/drugs to manage these negative symptoms. This ties into the self-medicating concept of untreated ADHD. People are not drawn to stimulant-like medications but rather to “downers” such as cannabis and alcohol. Furthermore, when people with ADHD use cannabis, related symptoms can actually worsen, such as lack of motivation, slower completion of tasks, slower reaction times and potentially causing problems with short-term memory, concentration, judgment and perception, all of which are also affected with ADHD. A take away message is that although children with ADHD may have a common biological risk for substance use, environmental factors at home, at school, and in peer settings appear to also influence the outcome. Also important to be aware of is evidence coming to light that ADHD medications and behavior therapies may acutely reduce adolescent substance use.

“Even as kids reach adolescence, they need more than ever for us to watch over them. Adolescence is not about letting go. It’s about hanging on during a very bumpy ride.” Ron Taffel (American Author)

What Can Parents Do?

Health Canada recommends starting the conversation with your teen early in order to educate them about drugs. This will allow you as parents to have an open conversation with them so they don’t go elsewhere, such as to friends or social media, and you can ensure the information is accurate. While this may seem a daunting task for some of us, there are resources available to help prepare for the conversation. Knowing your facts and preparing for an open-minded discussion is key.

Drug Free Kids Canada has published an amazing resource, a free downloadable package called “Cannabis Talk Kit: Know How to Talk with Your Teen” (available as a printed version from Health Canada or online).

Tips for talking about drugs

As a parent, if your teenager is using drugs you may feel anger, sadness, fear or confusion. Those are natural reactions. But talking about the issue is more productive than talking about your feelings.

Source: Talking with Teenagers About Drugs