The Truth About ADHD: It’s More Than Not Being Able to Sit Still

The Truth About ADHD: It’s More Than Not Being Able to Sit Still 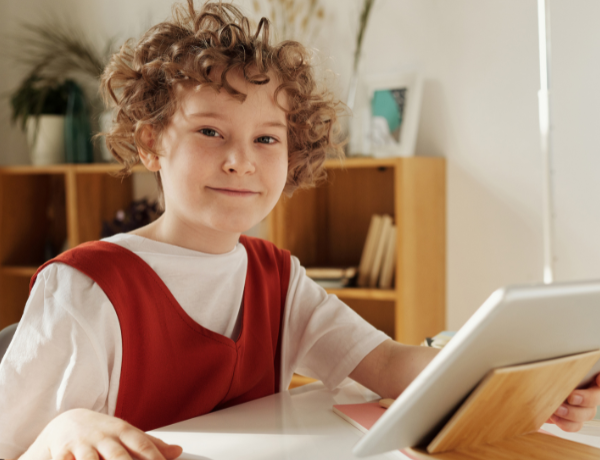 The Truth About ADHD: It’s More Than Not Being Able to Sit Still
By: Keely Blake, BA, MEd. Student Intern

Consider This -
The name Attention Deficit Hyperactivity Disorder is misleading and often leaves parents and
educators confused. How could a student who sits quietly in class and manages to hand in most
of their assignments have ADHD?

Contemplate the following example. Anna is an 11-year-old girl who loves skiing in the
mountains with her family. However, Anna is usually ‘off in her own world’ and other people on
the mountain get mad at her because she usually gets in their way. At school, Anna completes
her assignments but almost always starts her work at the last minute and rushes to get it done.
She has friends, but frequently gets upset because they do not want to play the same games as
her. Anna can focus for hours when drawing pictures of horses, but needs a break every five
minutes when completing math questions. Does Anna have ADHD?

Myth – Students with ADHD only have difficulties with hyperactivity, restlessness, and
impulse control
When thinking of ADHD, most people may picture a little boy who essentially “bounces off the
walls.” The stereotypical understanding of ADHD involves having bursts of energy, blurting out
answers, or struggling to wait their turn.

Truth – ADHD also involves challenges with attention, as well as in other areas such as
executive functioning and social skills
Students who are inattentive often do not show the behaviour symptoms associated with
hyperactive students. Rather, they may be easily distracted and prone to forgetfulness, daydream,
lack organization skills, and have a hard time following instructions. Many people may have
heard of the term ADD, which stands for attention deficit disorder. However, ADD has not been
used by professionals since 1994 with the release of the DSM-IV (professionals are now using
the DSM-5-TR). Clinicians now understand ADD to be a presentation of ADHD known as
ADHD- predominantly inattentive. Indeed, a student with ADHD who is inattentive is not going
to have the same symptoms as another student who is predominantly hyperactive/impulsive.
Although, it is possible to have both inattentive and hyperactive/impulsive symptoms, which is
known as ADHD – combined presentation. Regardless, it is important to be aware that all three
subtypes (or presentations) of ADHD have one thing in common: they impact executive
functioning skills.

ADHD is a disorder of self-regulation
It is important to clarify that despite the name – ‘attention deficit’, students with the diagnosis
actually have an abundance of attention. Therefore, ADHD is not a deficit in attention, but rather,
a deficit in controlling or regulating attention. But students with ADHD struggle with more
than maintaining focus throughout their day. They also have difficulty with executive
functioning. Executive functions are considered the ‘manager’ of the brain and are responsible
for self-monitoring, inhibiting, initiating, regulating emotions, organizing, goal setting, and
sustaining attention (and much more!). The front part of the brain, near and around the forehead
area, is responsible for these skills.

Executive functioning challenges can present in students in many ways. For example, an
adolescent with ADHD may spend more time complaining about homework than it takes to
complete it. This is because students with ADHD struggle with sensing the passage of time.
Another student may struggle with organization and task initiation which presents as rushing to
complete assignments at the last minute, having a messy locker, and not being able to find what
they need. Another student may be able to stay focused for hours while playing video games but
struggle to sustain attention when writing a paper. This is because students with ADHD have an
easier time staying on-task when they are interested in an activity. Overall, it is common to see
children and adolescents with ADHD struggle with organization, time management, and staying
focused on less preferred tasks.

Students with ADHD also have difficulties with social executive functioning. Successfully
interacting with peers is already a challenging task. When making friends, one must consider
others' thoughts, feelings, perceptions, and be able to monitor their own actions. Additionally,
students must be flexible and be willing to take turns. However, due to executive function
challenges, it is hard for students with ADHD to consider the perspectives of others. It is also
hard for them to monitor their own behaviour. For these reasons, students with ADHD may make
inappropriate comments, use humor at the wrong times, and find it challenging to partake in
activities that are not their preference. Therefore, ADHD makes it hard for students to make and
maintain friendships.

Another core executive function challenge that ADHD students struggle with is emotion
regulation. Regulating emotions involves inhibiting inappropriate behaviour that is caused by
strong emotions. For example, consider a student being told they cannot play their favourite
game during recess. Most students would be disappointed but be able to refocus their attention to
another game. However, a student with ADHD may be quick to anger, cry, or say something
inappropriate. They may struggle to “let it go.” Overall, students with ADHD are often driven by
the intensity of the moment which makes it difficult for them to consider the consequences to
their actions.

Bringing it all together
Now consider Anna again, a student who has ADHD and is predominantly inattentive. When
skiing in the mountains, she is taking in so much information about the things going on around
her. She may be noticing how the snow looks on the trees, the way the sun is shining, the shapes
in the clouds, and all the bumps she skis over as she makes her way down the mountain. She is
noticing things that others are not, but this means that she is not looking out for others on the
mountain. In class, Anna has a hard time with executive functions such as starting assignments
on her own and managing her time. In terms of friendships, Anna has a hard time socializing
with others because the activities her friends want to do are less interesting to her. Therefore, it is
harder for Anna to stay on task when interacting with classmates. She may also become easily
dysregulated when others do not want to play the same games she does, which can turn off her
peers. For students like Anna, ADHD impacts more than her ability to stay focused on a task;
ADHD impacts her executive functioning skills and subsequently her ability to have positive
interactions with others.

To conclude, perhaps a more appropriate name for the disorder is “Intention Deficit Disorder,”
a term proposed by Russel Barkley. He suggests this term because those with ADHD often
struggle to accomplish their goals (i.e., executive dysfunction), as described above.

For more information, check out the articles below!